We had the most amazing Summer kickoff party last weekend. It was hands down the best and most inexpensive party I’ve ever thrown. The kids had a blast welcoming Summer with a Slip’ N Slide party and a few neighborhood friends. 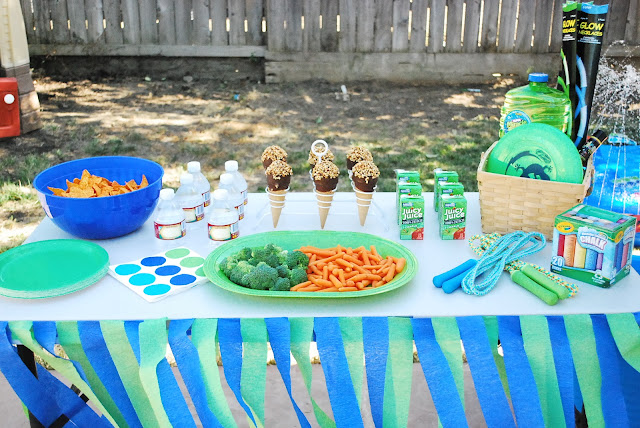 My goal was to focus on having a fun and relaxing day to celebrate the beginning of Summer vacation. Sometimes I host parties that take hours and hours to prepare for, leaving me exhausted at the end of the day. I didn’t want that to be the case this time around. We kept it simple with pizza and ice cream. 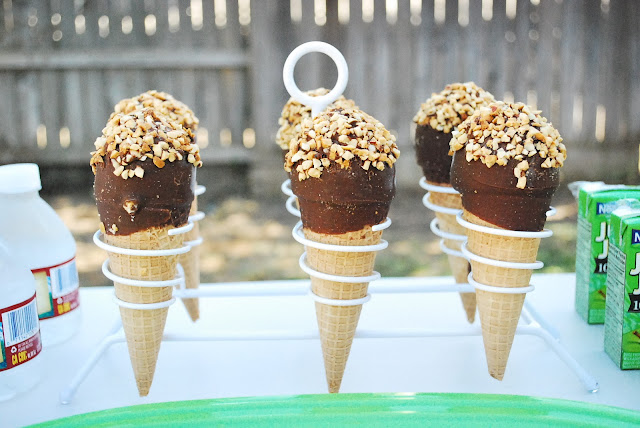 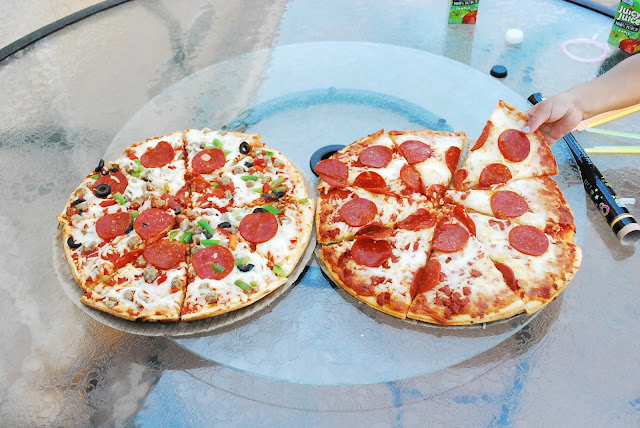 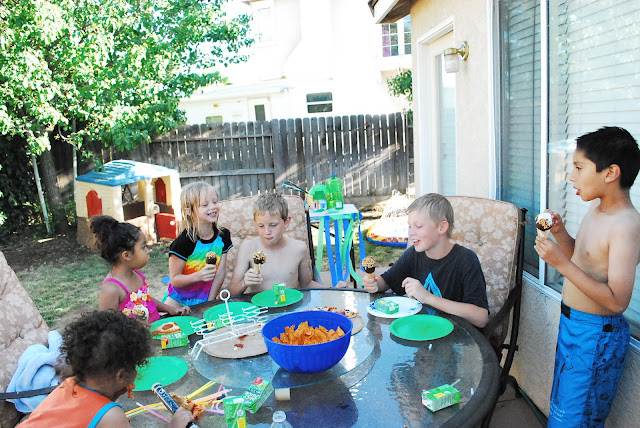 Since I unwrapped the ice cream the kids had fun sharing what kind of ice cream cone they had. My daughter may have enjoyed hers a little too much. :) 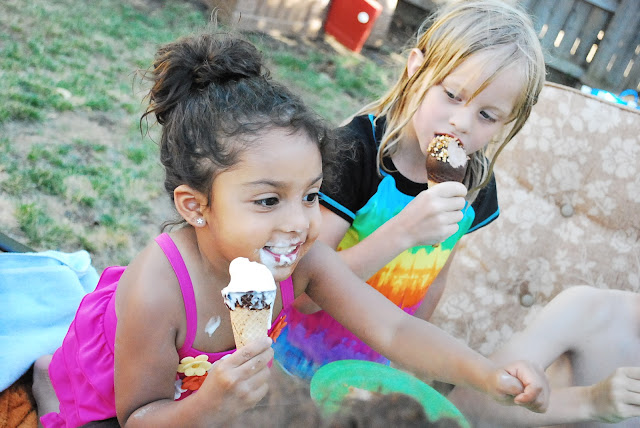 The party decor was very simple. The only thing I could actually consider decor is the streamer table skirt. It looked great while putting it together, but unfortunately it became windy and they flew all over the place. 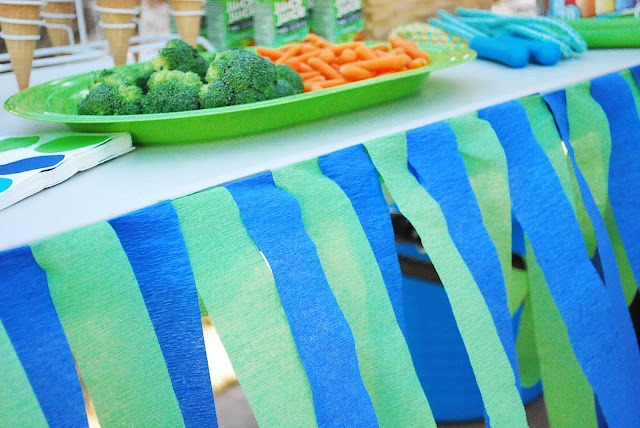 Despite the wind, I still had fun setting up the table with a blue and green theme. Everything on the table cost between $1-$4. I’m telling you, I spent the least amount I have ever spent on a party and my son said it was the best party we’ve ever had. One of the boys even said it’s the best party he’s ever been to! Isn’t it funny how that works out? The most casual party turns out to be the most fun for everyone. 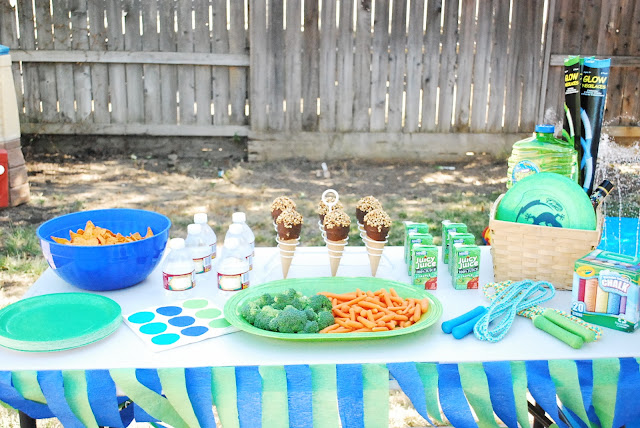 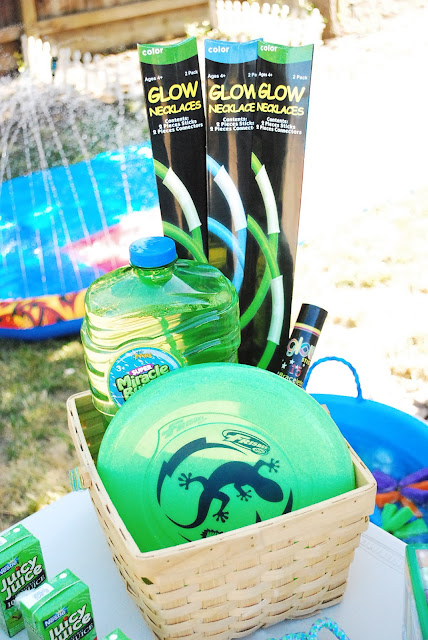 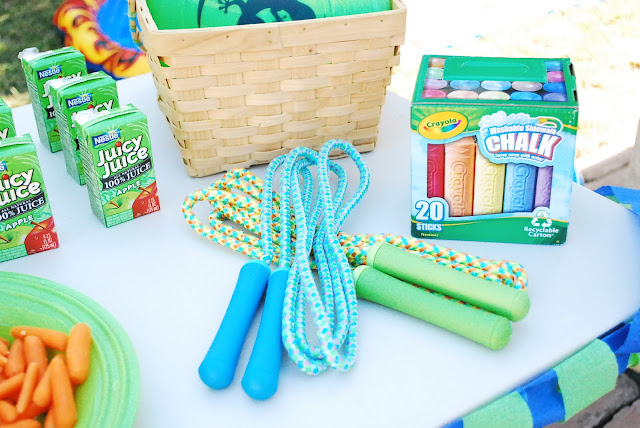 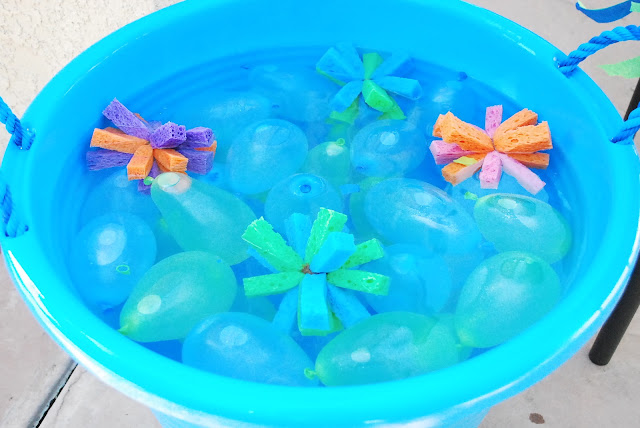 The kids were entertained by the Slip’ N Slide, water balloons, and sponge water bombs. They played for hours and hours, celebrating their first day of Summer vacation. I could watch them do this everyday, just enjoying the laughter and silly games they played. 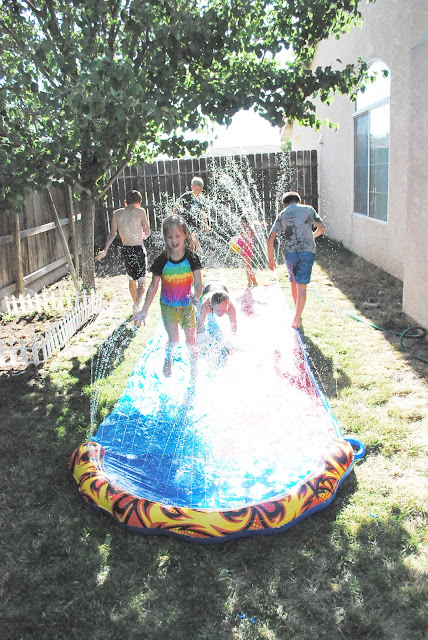 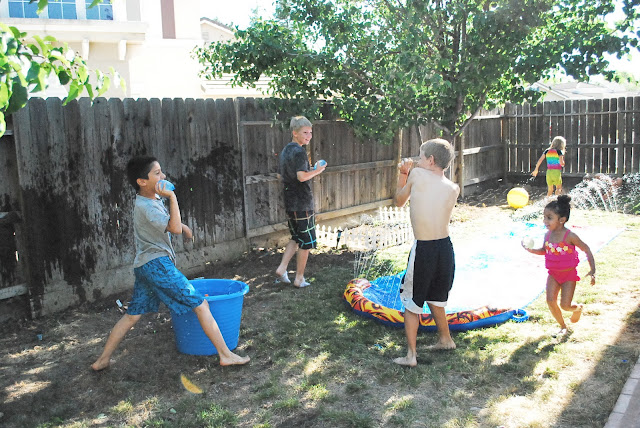 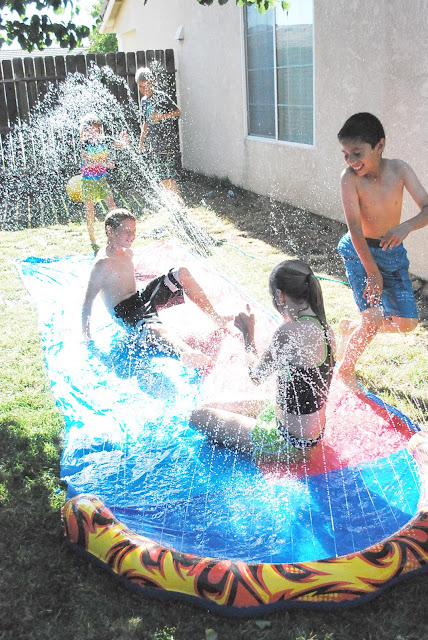 I am inviting you to come and be part of my blog hop:
https://juliejewels1.blogspot.com/2012/06/show-your-stuff-27.html

What a fantabulous idea! :) The kids look like they had a total blast. I suspect that when it comes to hot weather – most anything involving water and kids will be a real hit. ;) (with food too ofcourse! lol) Hope you got to have a great time too.

That party looks great! I’ve been wanting to make those little sponge toys! And where did you get those awesome ice cream cone holders??? I really must have one!

Looks like a blast! And I want that ice cream cone holder! So cute!

What an amazing and fun party! You really out did yourself and the kids look like they had a BLAST!!

Love this! We have our Kitchen Fun & Crafty link party up and would love for you to share this!
https://kitchenfunwithmy3sons.blogspot.com/2012/06/kitchen-fun-and-crafty-friday-link.html?m=1

This party is SO much fun!! Absolutely ADORE this idea!! AND your blog! Hope you can link this up at my new linky party Trendy Tuesday!! https://www.sweetlittlegals.com/2012/06/trendy-tuesday-4.html

Looks like everyone had a blast!! The food table is just darling! These are such great ideas, thanks for sharing. We are so happy to have you join us for our “Strut Your Stuff Saturday”. Please come back soon!! -The Sisters

Love the crepe paper on the edge of the table! Great job! You make it look easy.

Yummy what a fun party! http://www.iheartpears.blogspot.com