This shop has been compensated by Collective Bias, Inc. and its advertiser. All opinions are mine alone.
It’s the holiday season and you know what that means, right? Holiday parties! It seems like the parties are getting earlier and earlier every year. I’ve already attended or hosted 3 parties this month. I’m definitely going to need some stretchy pants come December. I’m not complaining though, because the food and treats are the one of the best parts of the holiday season. Today I’m sharing a buffalo check pie bar and apple pie milkshake recipe. 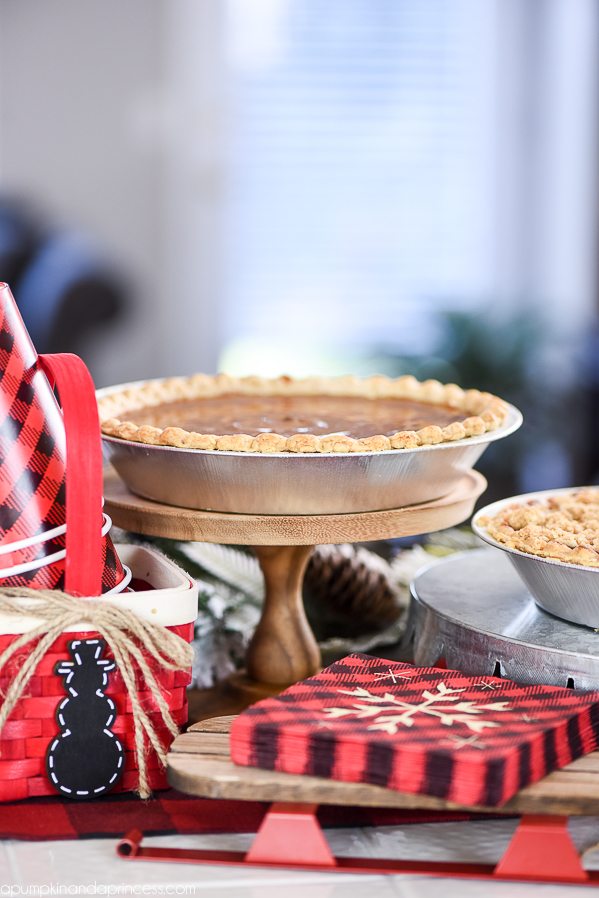 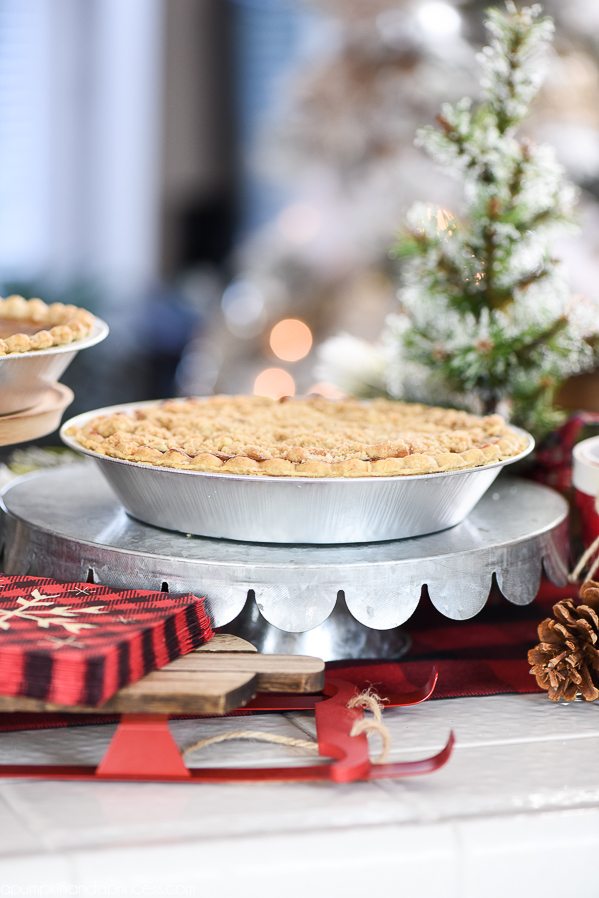 I usually don’t decorate with a lot of red in my home but after my Buffalo Check Christmas Tree last year I completely fell in love with this pattern. I wanted to create a simple pie and hot cocoa bar that fits with the holiday season. Using a buffalo check fabric as a table runner I began decorating the pie bar with some holiday décor. I wanted a space that could be used for guests to grab a cup of hot cocoa or pick a pie to make a milkshake. More on the recipe later! 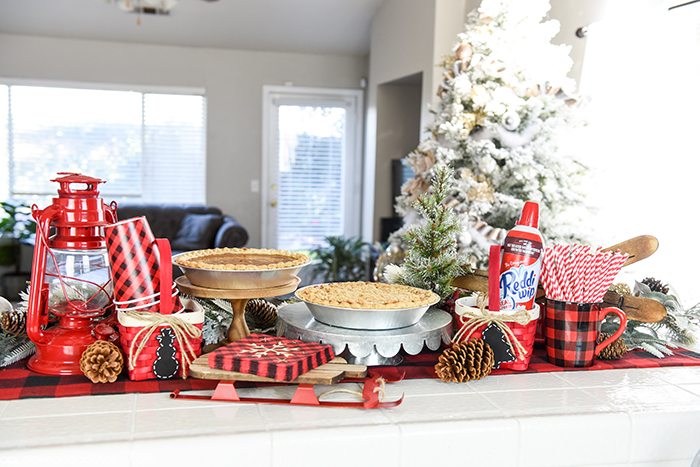 To make things easy I headed to Food 4 Less for Swiss Miss Hot Chocolate and Reddi-wip®, both holiday classics that I grew up enjoying every year! I also picked up Claim Jumper Dutch Apple and Pumpkin pies at Ralphs. I made sure to bake two of each pie ahead of time so that everything was ready to go once the guests arrived. 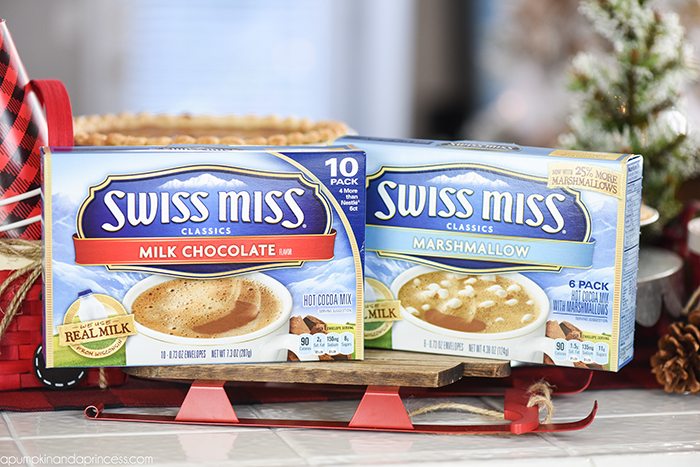 Now here’s the fun part…guests could either choose between a cup of hot cocoa or a pie milkshake! My kids chose hot cocoa with Reddi-wip and a candy cane. Most of the adults chose a pie milkshake. Deciding on the flavor was the hard part! My favorite is the apple pie milkshake but many liked the pumpkin pie. 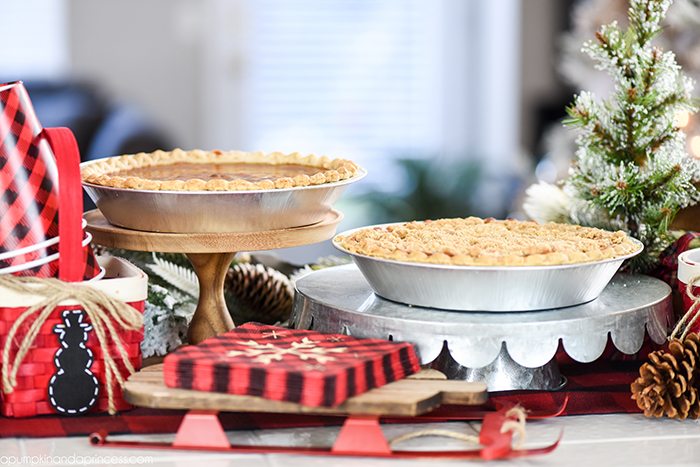 I set up disposable cups in coordinating buffalo check, mainly used for the hot cocoa, straws and napkins. 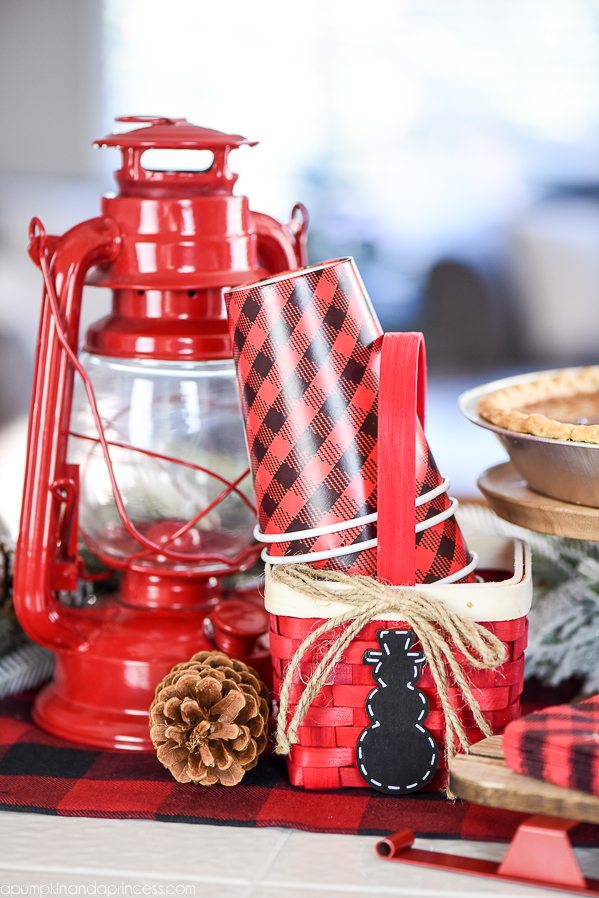 Now let’s get to the recipe! 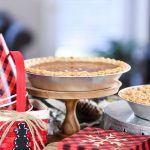 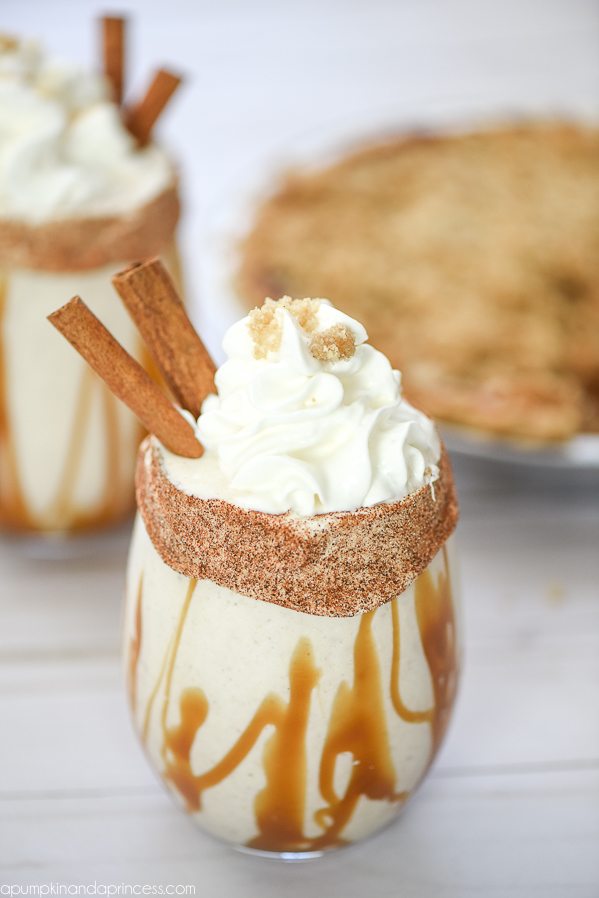 The cinnamon sugar and Reddi-wip® made with real cream is so tasty! I even added a cinnamon stick just for fun. The pumpkin pie milkshake recipe is pretty similar, just switch the apple for pumpkin. 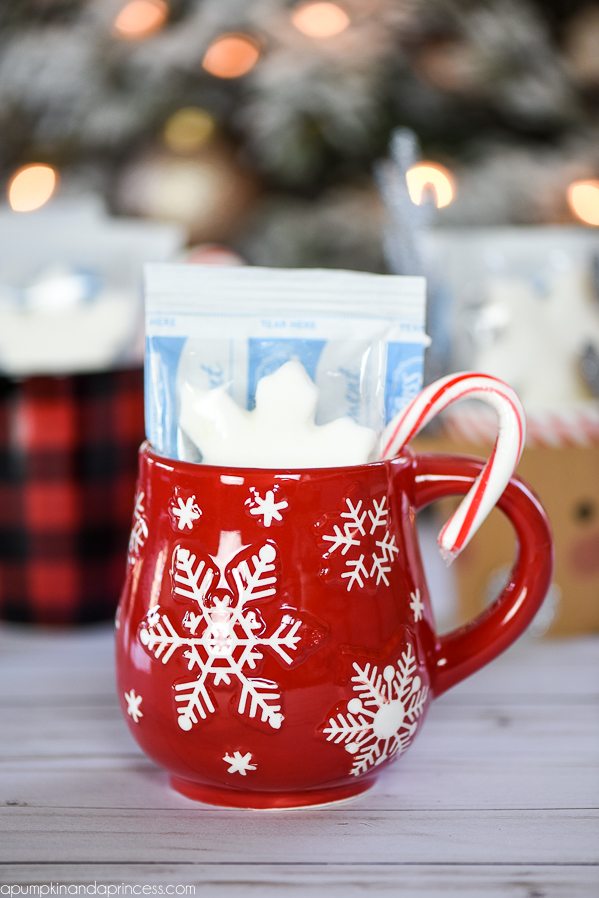 I sent our guests home with a hot cocoa mug as a party favor. I found a variety of festive holiday mugs then added a two packets of Swiss Miss chocolate, marshmallows, and a candy cane. Kids went home with a reindeer paper cup. 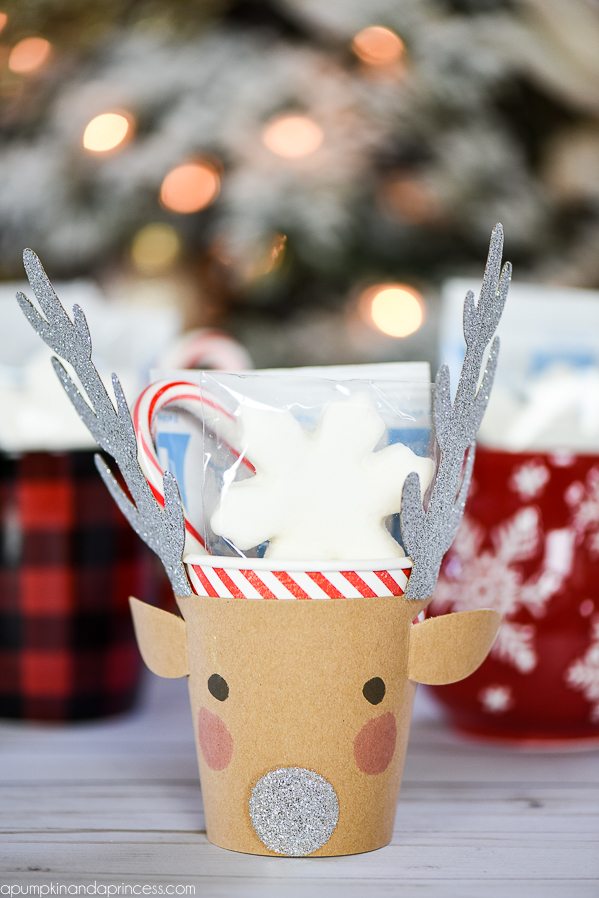 What pie flavor do you look forward to the most during the holidays?