Throw a patriotic party this Summer with these firework confetti sticks!

Can you believe it’s already Memorial Day weekend? The 4th of July will be here before you know it! Every year right around this time I start getting excited about patriotic crafts and decor. I’ve been making all sorts of patriotic crafts with the kids over the last few days, including these paper straw confetti sticks. You guys, the kids LOVE these! I wish I could say I thought of this genius idea of filling straws with confetti but I was inspired by Made in Paper magazine. There was an article by The Confetti Bar that inspired these patriotic confetti sticks. They’re such a fun party idea no matter what you’re celebrating. Plus, I think we need more confetti in our lives. It’s awfully messy but oh, so fun to play with.

I made some for my husband’s graduation party next week that I’ve already had to hide from the kids. I’m telling you, they can’t get enough of them! If I get a chance I’ll share the printable tags I made for the graduation confetti stick next week. It’s been a crazy whirlwind the last two weeks with my daughter graduating preschool, my husband finishing up his Masters, and various other events for my son’s school. I hope to be back to sharing new ideas next week!

How to make confetti sticks 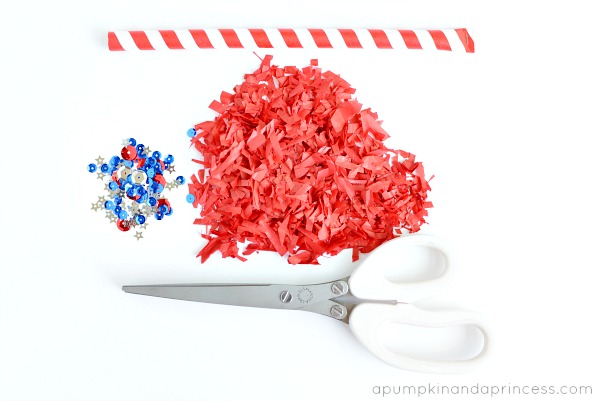 Step one: press one end together with your fingers and staple the bottom.

Step two: create your own confetti using fringe scissors (make sure the confetti is small enough to avoid getting stuck in the straw). Fill straws with confetti and sequins. Use a pencil to push confetti down if necessary.

Step three: press the top together then glue close. You’ll want to avoiding stapling this end for an easy opening when it’s time to throw the confetti.

Step four: Glue a piece of garland around the top of the straw to make them look like fireworks.

When it’s time to throw the confetti press the top open and release confetti into the air. My husband also had the idea of removing the bottom staple and blowing the confetti out. Please note an adult should be present and used with caution if using this method to release the confetti.

In case you’re wondering I found the straws at Target and I used a small stapler (Tim Holtz brand). The garland is from Hobby Lobby. 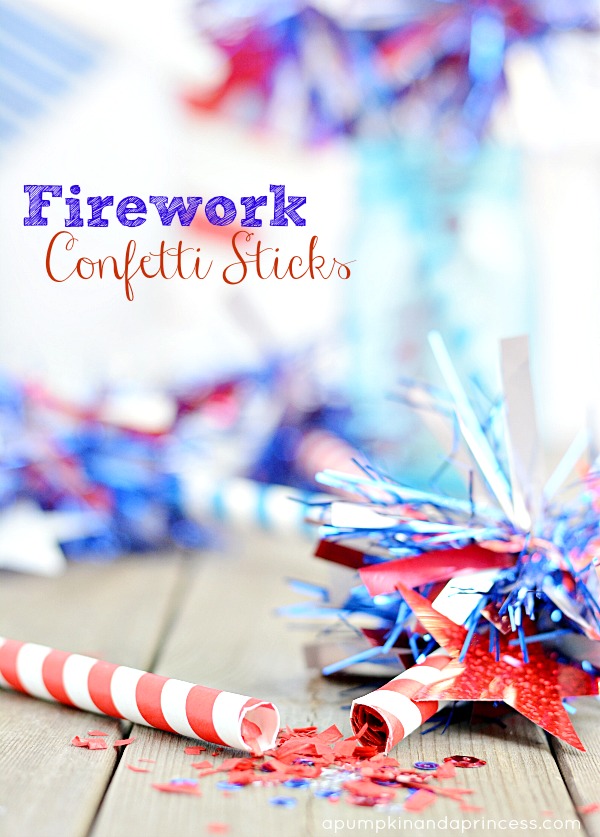