This post is brought to you by Collective Bias and Disney.
Planning a Monsters University party soon? Here are some of my favorite Monster University Party ideas and details on the the Blu-Ray DVD preorder! 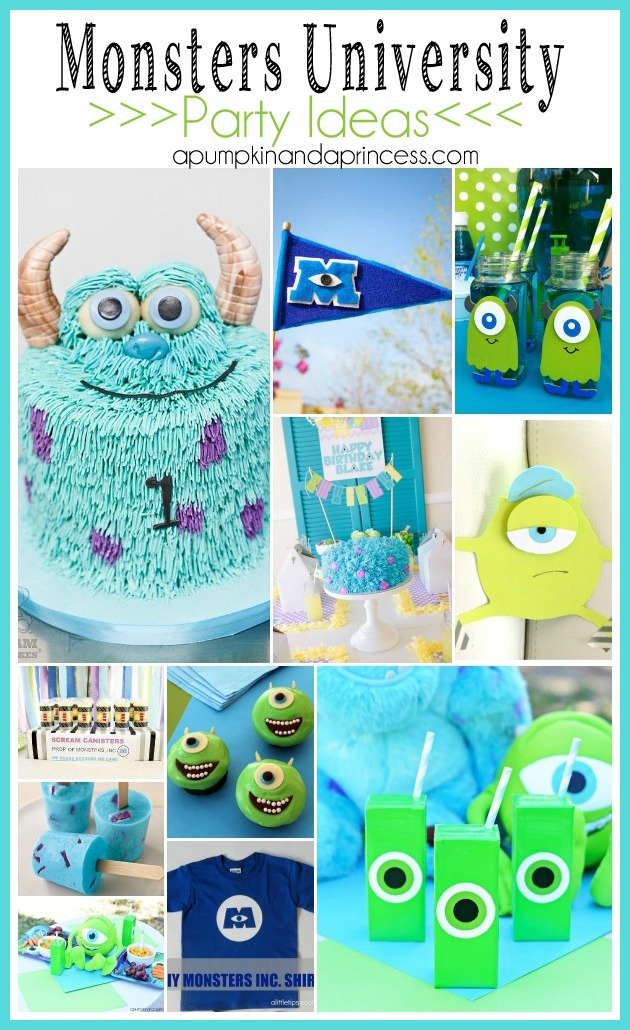 Next week my little guy is turning two..ahhh where did the time go? As I’ve mentioned before he is a BIG fan of Monster’s Inc. It’s the only movie he’ll watch at home so we were excited when Monsters University came out in theaters. However, I was a little worried how he would do at the movies. As soon as the lights were dimmed and the previews began he became terrified! He nestled in my chest too afraid to look up until I said the movie was starting. He ended up doing really well and loved Monsters University! The other day we pulled up to Michaels, which is right next to the movie theater, and he was excited thinking we were going to see Monsters University again. “Uhh sorry son, we’re just here for craft supplies” Awesome mom moment right? HA!

Love these ideas!! Super fun and cute!! The movie is adorable!! It is a buyer for us!!

An MU party would be such a cute idea!
And how funny he thought you were taking him to the movies instead of Michaels!

I am so excited that you posted this and I found it through Frugal Girls! My son is turning 2 in the beginning of October and he loves Monster Inc. as well!!!!! Thank you for the ideas!