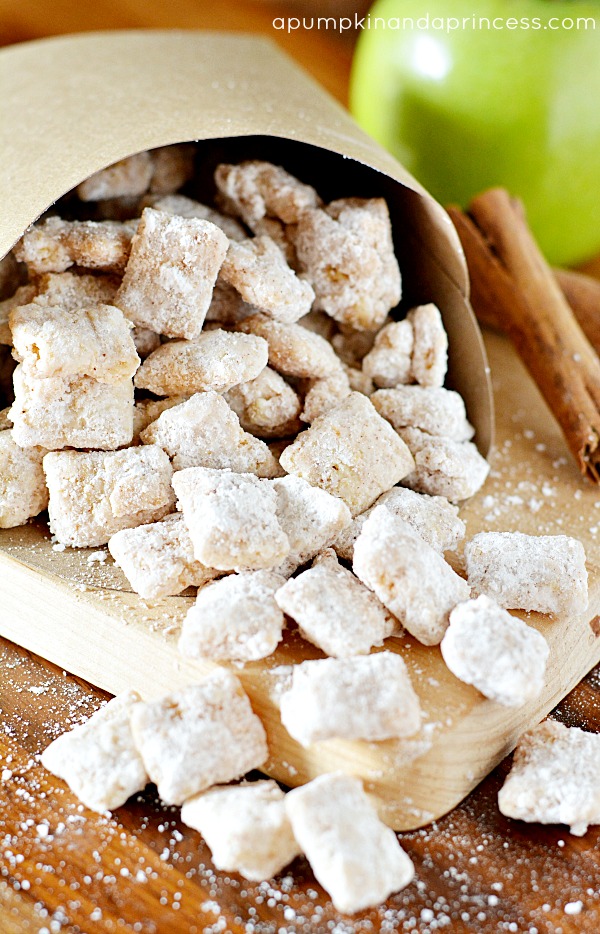 Can you feel it? Fall is right around the corner! Well, not necessarily for us central California folks but at least the craft stores are adorned with fall decor (and uh Christmas?) which basically means fall is on its way. Last year we had 100-degree weather through the end of October. Crossing my fingers that mother nature is nicer to us this year and blesses us with cooler temps and colorful leaves a little earlier. I’ve been waiting to share fall crafts and recipes with you for a month and feel like its acceptable at this point, right? :)

I’m going to start by saying that I can’t be held accountable for any habits that may form after eating these dangerously addicting cinnamon apple pie muddy buddies. I love all of the muddy buddies recipes around and have been wanting to try an apple pie version for a while now. To make this recipe I used the Apple Cinnamon Chex cereal, covered with white chocolate, then topped with powdered sugar and apple pie spice. It’s definitely a new fall favorite recipe around here! 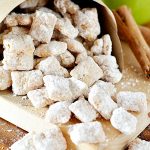 If you’re having trouble finding Cinnamon Apple Chex cereal, here is an alternative recipe to make:

Prepare using the same instructions as above. Toss in dried apple pieces after the powder sugar and enjoy! 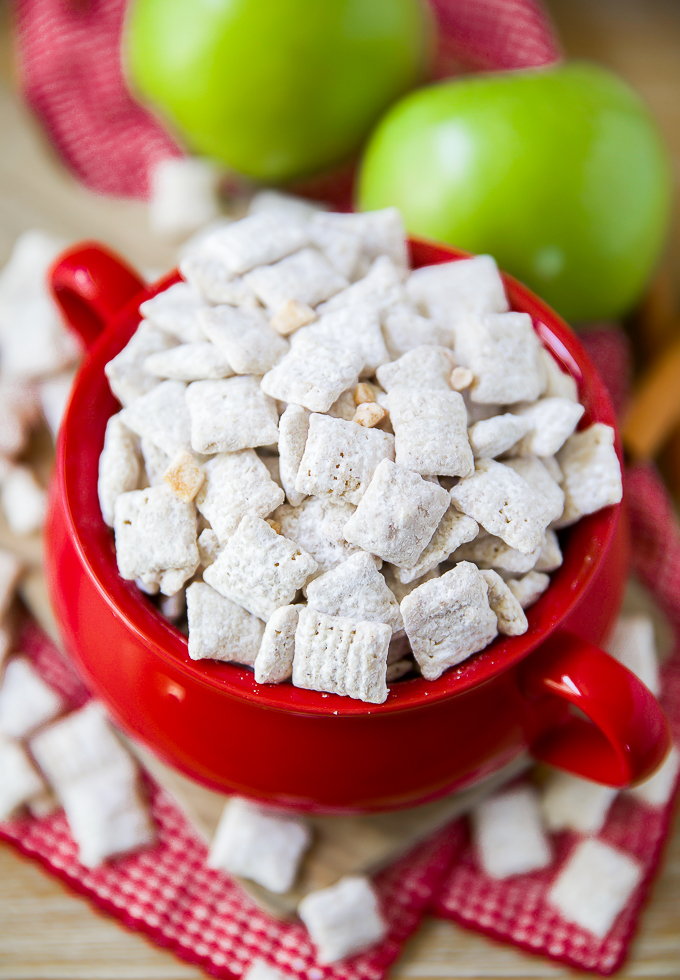 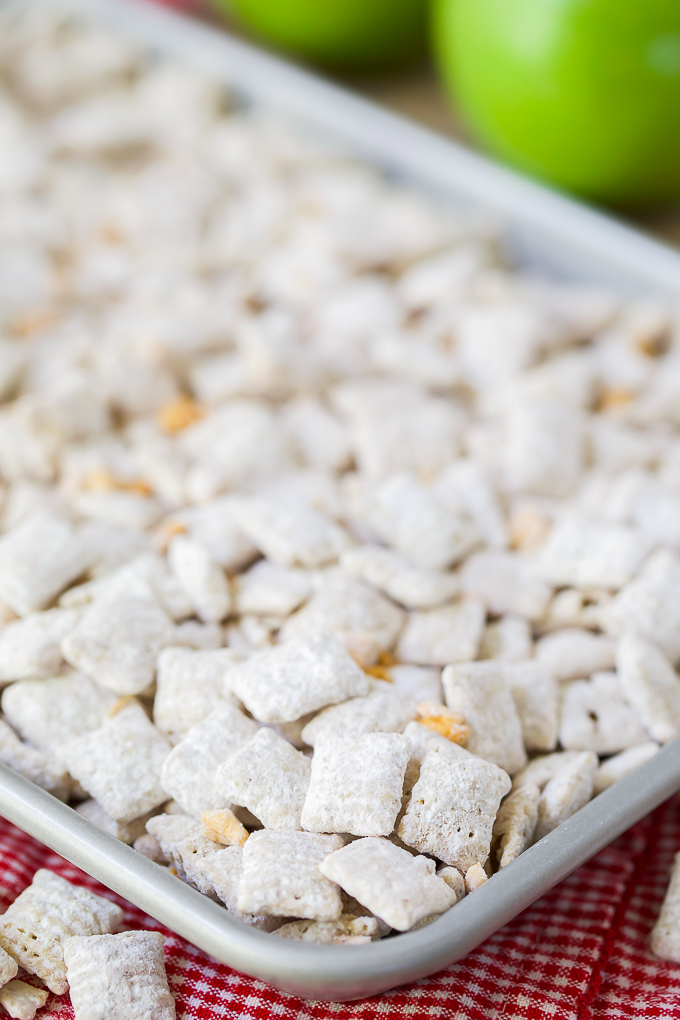 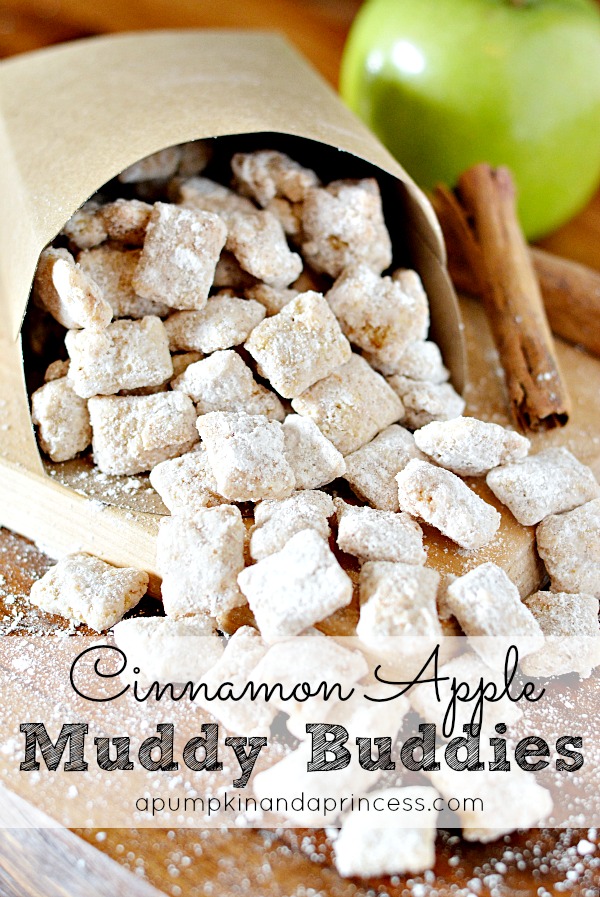 These look so yummy!! I love muddy buddies! I’m so excited for fall! Thanks for sharing this, pinning now!

Yum! I’ve been planning on making some of these this fall!

I am SO ready for apple recipes and this looks fantastic! This recipe would be perfect for tailgating too :) Yum!

Wow! These sound SO good!! I’m hosting a candle giveaway on my blog that you should enter!

OH these look so yummy! Perfect taste of fall!

Thank you so much for linking up to the Moonlight & Mason Jars link-up party. I have chosen you as a featured post this week; congratulations! If you would be so kind as to display our “featured” button on your link party page, I would really appreciate it. Thanks again for your support and for sharing this amazing recipe with us and our readers. I cannot wait to try them. Such a great fall treat!!

I found Apple pie spice at Wal-Mart. If you can’t find it you can make it yourself. It’s just 3 ingredients. Cinnamon, nutmeg and allspice.

Made a batch of these today and they are SO good. Super easy and fast. I kept a small bowl for the house and sent the rest to work with my other half. No way can I leave these around the house!