Happy Friday, friends! I realized it’s been awhile since I’ve shared a new sugar scrub recipe with you. December and January were freezing cold, okay not freezing since it’s central California but you get the idea, and it hasn’t been kind to my skin. For years I’ve dealt with dry skin during the winter to the point where I have some embarrassing high school stories. I’m one of those unlucky ones where my skin begins to peel as soon as there’s a chill in the air. Last year I went to Utah in January for a week and by the second day half of my face was peeling. It’s not a pretty sight, my friends. With winter still in effect I’ve been trying new moisturizing techniques that help replenish moisture to my skin. I’ve cut back to using a sugar scrub once a week (during the summer I’ll use them up to 3 times a week) and have focused on using moisturizing oils like coconut oil, almond oil, and jojoba oil. I’m also trying a few DIY masks I mentioned earlier this year (I’ll have a new mask for sensitive skin coming next week). To keep my hands feeling soft and moisturized I recently made a new sugar scrub. Since Valentine’s Day was last week I’ve had chocolate on mind a lot lately, so of course I had to share an easy chocolate sugar scrub recipe with you. 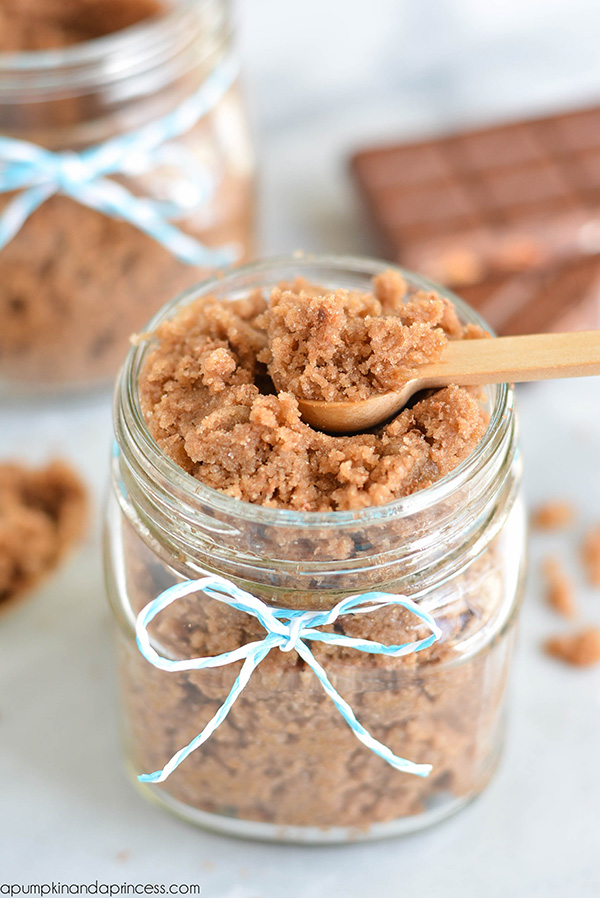 This sugar scrub is a little different than my previous recipes. With this scrub recipe I’ve mixed coconut and almond oil. Coconut oil is readily available at grocery stores and is perfect for a basic scrub recipe. However, the oil solidifies in cooler temperatures which can thicken the scrub once it hardens. To help balance out the coconut oil’s effect I’ve used almond oil as well. Keep in mind when making the scrub that it may appear too soft while you’re mixing it together. After it’s left alone the scrub with take on a coarse texture. You can adjust the oils and sugar to find you preferred texture. 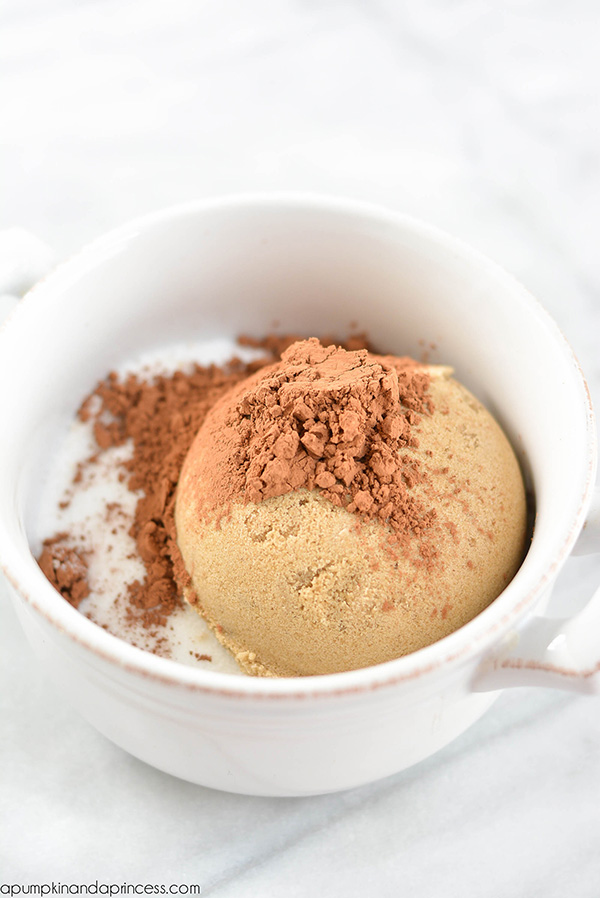 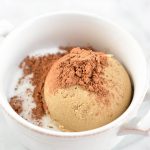 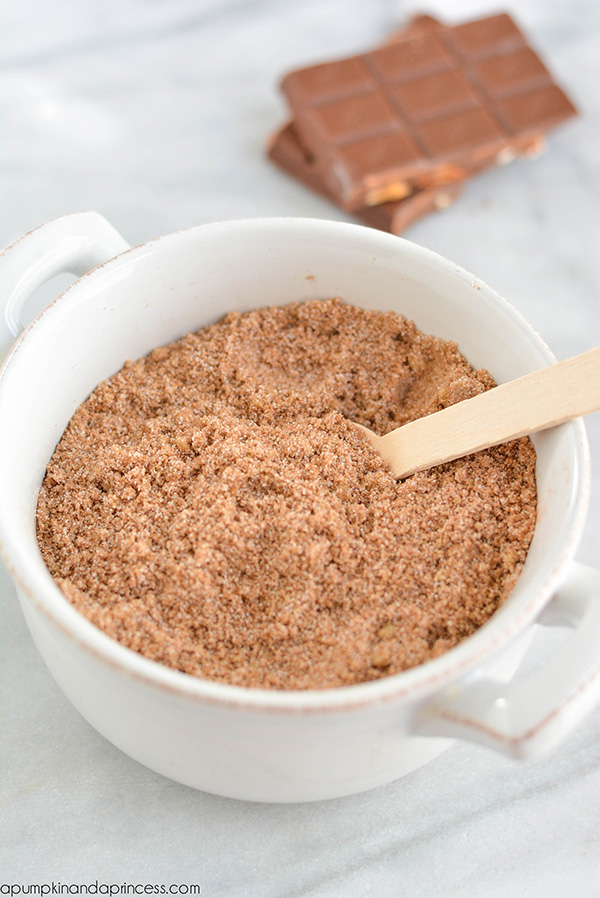 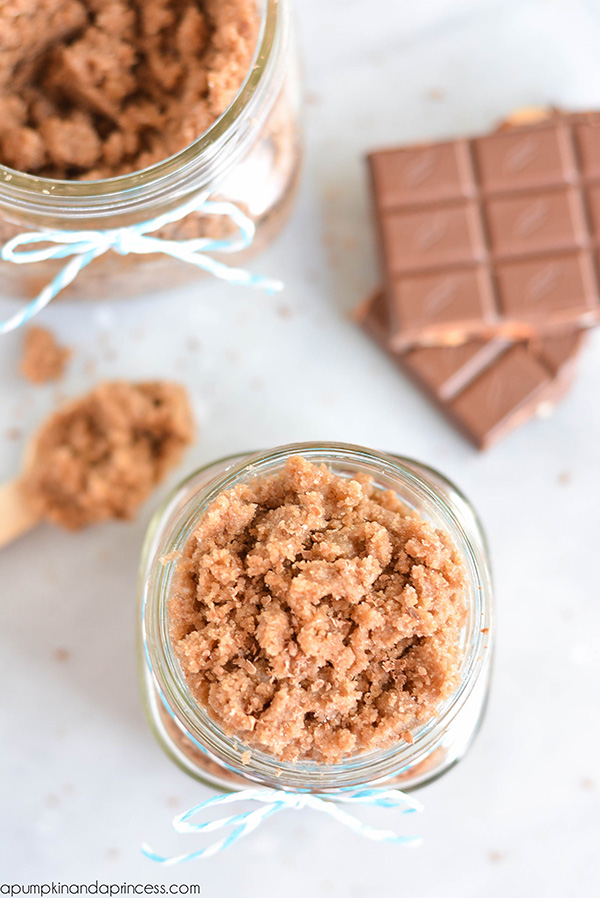 I was wondering if I could substitute the coconut oil for cocoa butter?

How much jars does this recipe make?

How long will it last for

How long does this keep for please?

Did you use liquid oil? Also what other kinds of oils can we use if we don’t have almond oil?