Hosting a party, potluck or summer BBQ and in need of an easy no-bake dessert recipe? Try this banana pudding trifle that can easily be made gluten-free! This classic southern dessert is made with a vanilla wafer layer, fresh bananas, vanilla pudding, and homemade whipped cream. 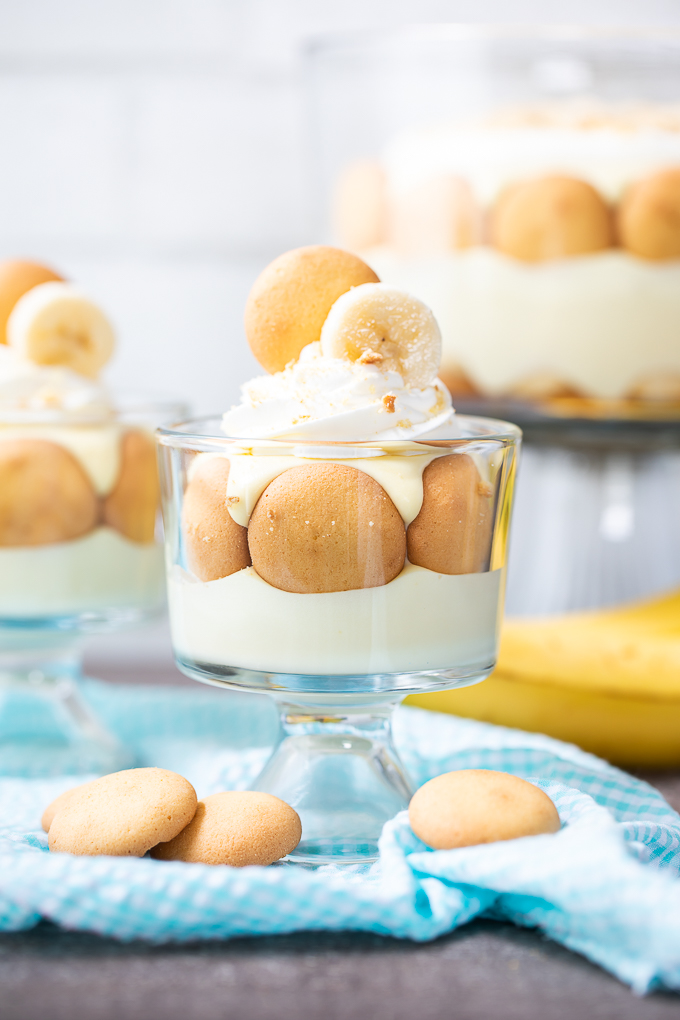 The first time I tried banana pudding was in New York City at the world-famous Magnolia Bakery. I’m not sure why it took me so long to try this dessert, but I was instantly hooked! The fresh bananas and vanilla pudding pair perfectly with vanilla wafers. I may have gone back for a serving every day we were there.

Of course, this was years before discovering food allergies. I’m sure I’ll miss enjoying the famous banana pudding next time we’re in New York, but thankfully I can easily make it at home with gluten-free alternatives. I simply replace the Nilla wafers for gluten-free vanilla wafers and everyone in our family loves it!

It has been about a year since I found out about my food allergies. Right now, I’m really enjoying trying dessert recipes with simple gluten-free alternatives. The Strawberry Pretzel Salad is a great example. I’m discovering so many dessert recipes can be made gluten-free without sacrificing flavor. Usually, my family can’t tell the difference and they’re perfect for parties.

If your family is not gluten-free you can make this recipe with regular Nilla wafers.

What is in a banana pudding recipe?

What kind of cookies can you use to make banana pudding? 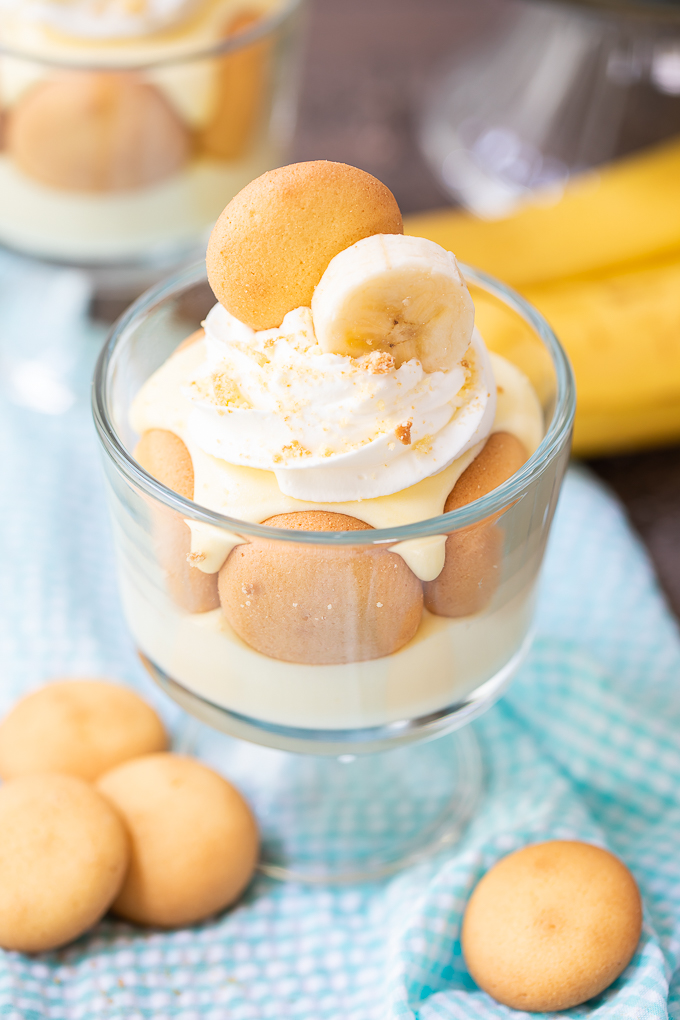 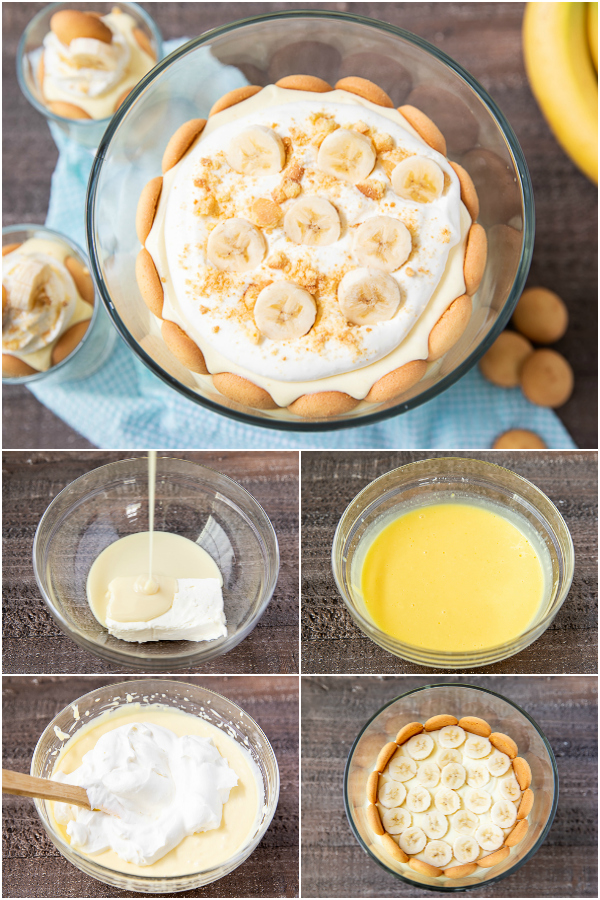 Banana pudding is best served cold. I recommend refrigerating for at least 4 hours, preferably overnight. The recipe can be made 24 hours in advance. The longer the pudding sits, the stronger the banana flavor will come through. In addition, the pudding will help soften the cookies to create a bread-like texture. 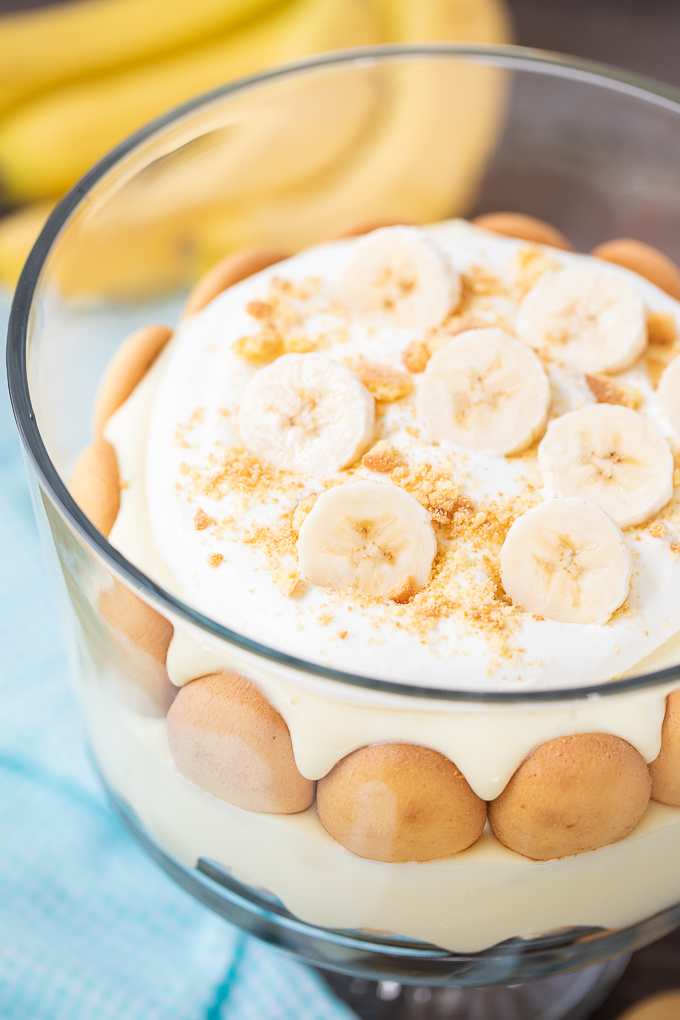 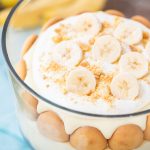