You already know I’m a fan of ice cream cupcakes, but s’mores are probably my favorite treat ever! They’re so simple yet so delicious so it’s no surprise that I felt like I needed to combine the two. Boy am I glad I did! The oooey gooey marshmallow combined with the ice cream and hot fudge is THE BOMB.

For this ice cream cupcake recipe I used the Hershey’s Perfectly Chocolate Cake recipe like I did with the Triple Chocolate Ganache Cupcakes. My inspiration for the cupcakes came from the Dreyer’s s’mores ice cream I recently found at my local grocery store. I originally planned on making homemade vanilla ice cream but knew I had to try this (new to me) ice cream. Once the cupcakes were frozen I topped them with a toasted marshmallow and poured Hershey’s hot fudge topping. 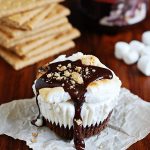 Note: The ice cream cupcakes can melt fairly quick so it’s best to take them out of the freezer right before serving. If you’re serving a large amount you could probably use a kitchen blowtorch to quickly toast the marshmallows. 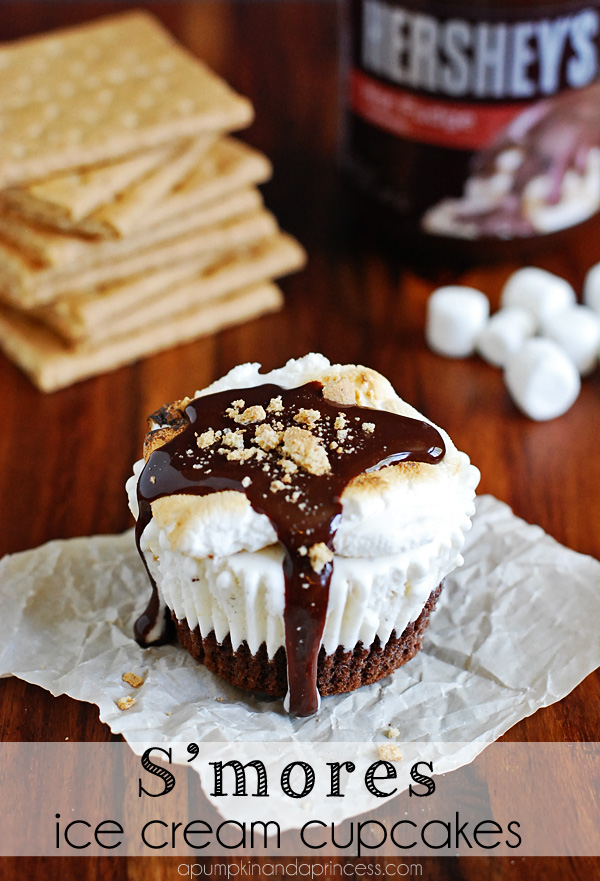 So glad that I found this! Amazing!! I am head over heals in love!

Wowza! So yummy and are these pictures for real? You’re amazing!