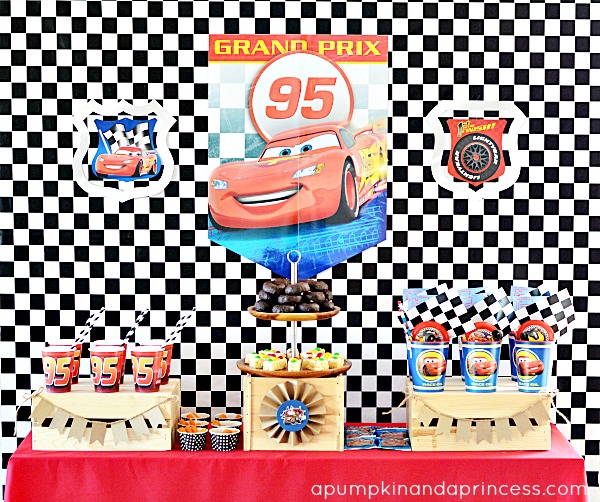 We recently had the opportunity to host a Cars party for our friends and we had the greatest time. On Saturday we had my daughters Sofia the First birthday party, which I’ll share with you next week, and yesterday we hosted our Cars party. It was a fun-filled Disney weekend for our family. 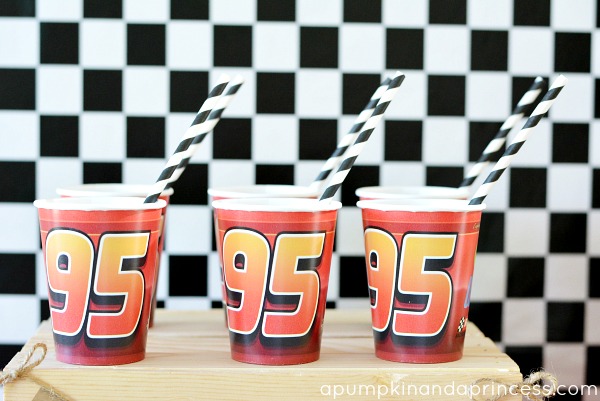 I had a lot of fun decorating for the Cars party and the best part is that it was all pretty easy DIY decor. The backdrop is from Hobby Lobby, I may have squealed in excitement when I came across it..the black and white checkers were perfect!

We didn’t have any games planned so we picked up a few Planes and Cars toys for them to play with. I even bought a pack of medals to hand out to the winners. 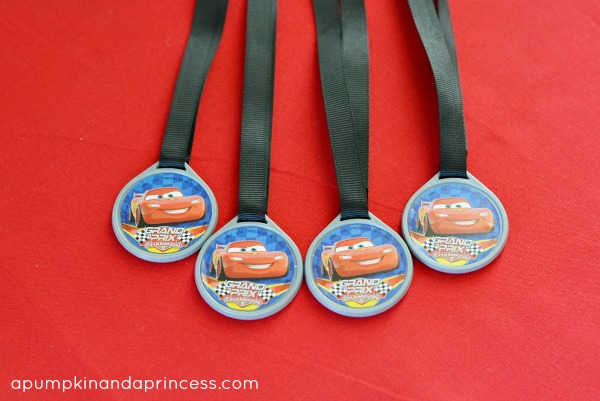 The kids did end up playing several games of duck duck goose, which is always funny to watch!

On the checkered backdrop I added Disney Cars die cuts that came in a pack from Walmart. I believe it had 20 pieces in the pack but I only used a few to keep with the color scheme. I wanted to add a banner or two in but between planning the Sofia the First party and Cars, I ran out of time.

The table was filled with snacks and desserts that were fun for the kids. The chocolate donuts are for Luigi’s tires. By the way if you’re ever in California Adventure I highly recommend Luigi’s Flying Tires and the Mater ride..they’re some of the kids favorites! 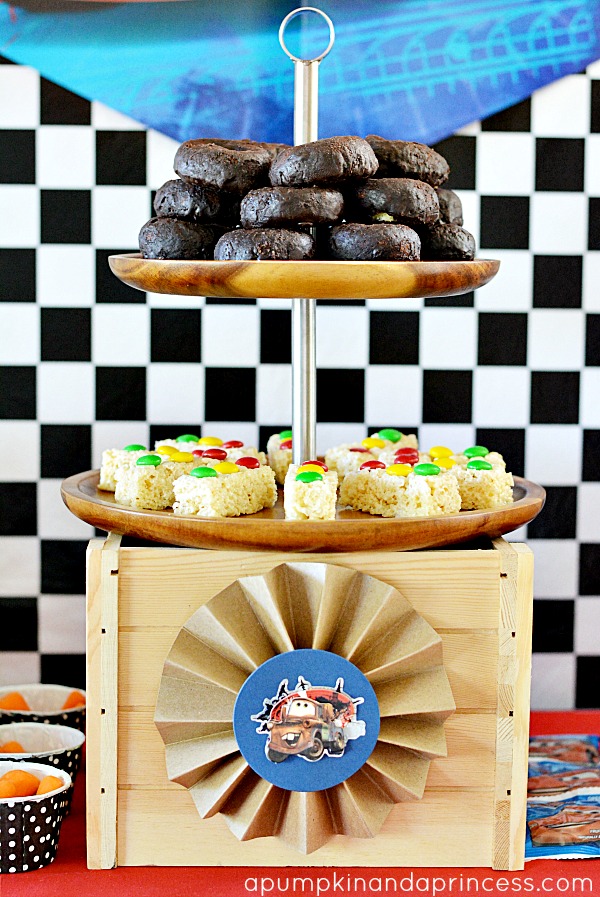 Another fun party food were the rice krispies stop lights, these were a BIG hit with the kids! To make them I cut rice krispies treats in half then pressed the M&M’s on top. 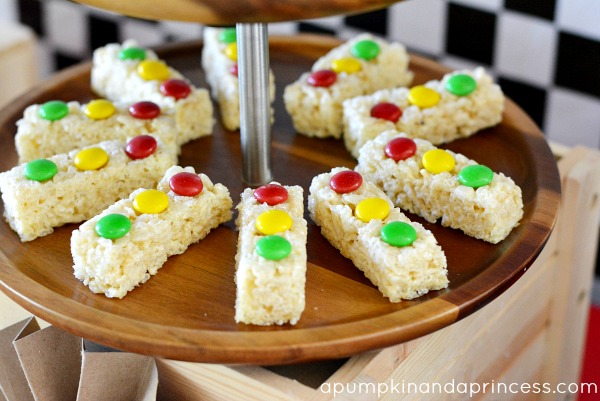 My favorite were the cups filled with party favors. I used one of the Hallmark party packs for the majority of the items then purchased a few things separately. The cups were filled with checkered flags, mini frisbees, blow horns, stickers, a pencil, and activity page. They were so easy and quick to put together. 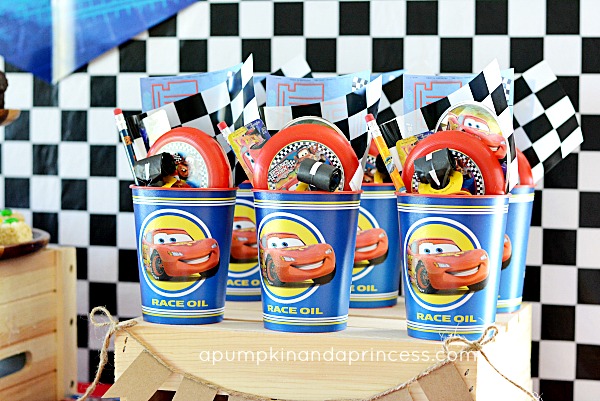 I also made mini pennant flags and a paper rosette for the wood crates. 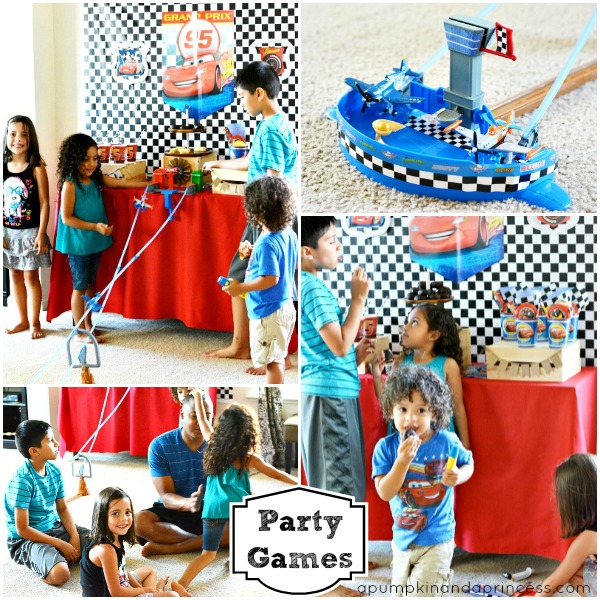 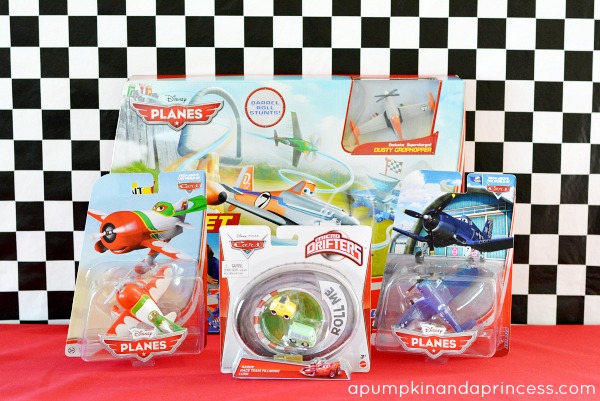 The party was a lot of fun, especially for the little guy. He is currently in love with all things Cars and Planes!